A lot of people use attic ventilation as a means to get rid of built-up heat. However, roof vents also help with moisture reduction as well! In this extreme case here, a customer had a cabin built for a hot tub, shower, and toilet. A room that is literally filled with moisture on a regular basis!

The problem lies when the room is too humid for too long. As a result, mold and mildew buildup and condensation drips from the ceiling. This customer came across our website and was very, VERY pleased with our products. Especially after so many unsuccessful attempts in the past to fix these problems.

"The one on the shed has already had the effect of cooling it down and freshening it up. It was very stale and musty smelling in there before. A couple of local guys who are builders are very impressed with the vents. The guy who fitted it thought it was absolutely brilliant. I really think there would be a market for them over here, so if you ever want an agent, let me know!"

"We have had a 17’x10′ cabin in the garden now for 9 years. It was purposely built to house a hot tub with a shower and toilet. It was built as a solid garden room with double glazing, underfloor heating and insulated double thickness roof and walls. However, it soon became clear that it was too well insulated and we were having condensation problems, even when the hot tub wasn’t on.

We had an extractor fan from the outset but it could not cope. We added extra ventilation grills on the walls, and it was still bad. Getting much worse when we had to turn off the underfloor heating as it was too expensive to run. The whole dynamics changed, exacerbated by felling the conifer trees that previously shaded the building from the sun.

It was “raining” condensation from the roof.

Even after we installed a dehumidifier as high up on the wall as we could get it. The apex was still dripping water and the tongue and groove boards were popping out.

Having decided we needed a wind turbine vent I started looking around and found that they are not around over here. I followed Google to the US where I found the Aura Vents. I spoke to Martin several times on the phone about the best sizes and he was very helpful. But a little unsure that the vent would be able to deal with the steam from the hot tub.

We eventually bought a 12″ telescopic vent for the cabin, and added a 6″ vent for the shed, which also suffered from being unventilated and got very stuffy and musty smelling. A neighbour who is a carpenter fitted them both easily and repaired the ceiling at the same time. We trimmed the flange on the large vent to look a little like a porthole so that it was more decorative.

I have to say that cutting a 12″ hole in the roof was a little scary but I wish we had known about these vents 9 years ago as it has cured all the problems with no leaks! We have now disconnected the fan and sold the dehumidifier on eBay. The cabin is well aired with no condensation, whatever the temperature outside. What a huge moisture reduction!

When the hot tub is on, there has always been an inversion layer of steam. This used to take a long while to clear but now it disperses very quickly and the room stays dry. Even the shower curtain now dries out properly instead of “stewing” and going moldy.

We are so impressed with these vents, and the problems we had have been cured for a very small outlay, plus the electricity bill has gone down sharply. We would thoroughly recommend them, especially for dealing with hot tub enclosures." 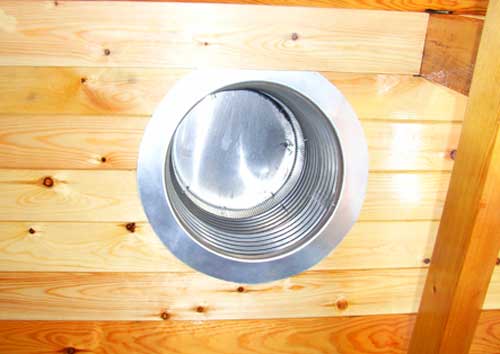 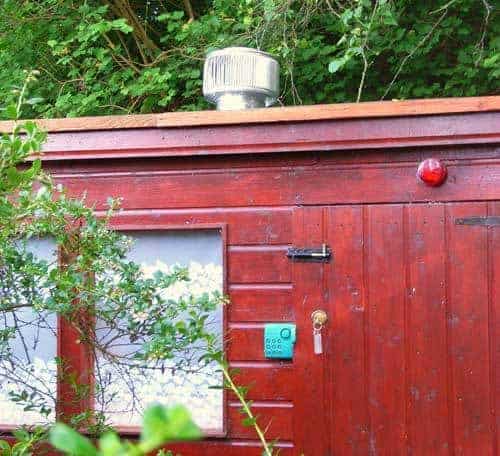 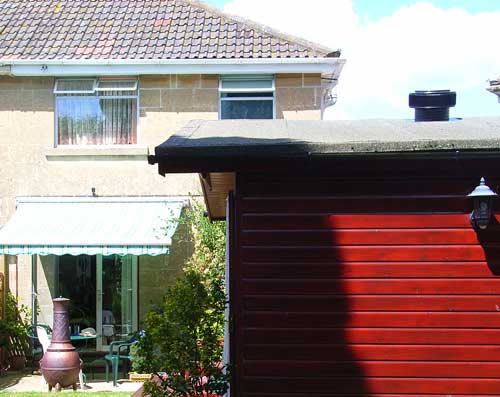 Want to see other unique examples? One of our customers used our solar attic fan for moisture reduction in Steel Shipping Containers. Or, to read more successful DIY projects using our vents, check out these following success stories, featuring a Built Chicken Coop and a Hurricane Proof Dog House!

We want to hear your feedback!

If you would like to tell us about your satisfaction with our products and services, feel free to send an email, attach some photos, or even a video!
We feature many of our reviews and testimonials right on our blog, and we appreciate any feedback you have for us!